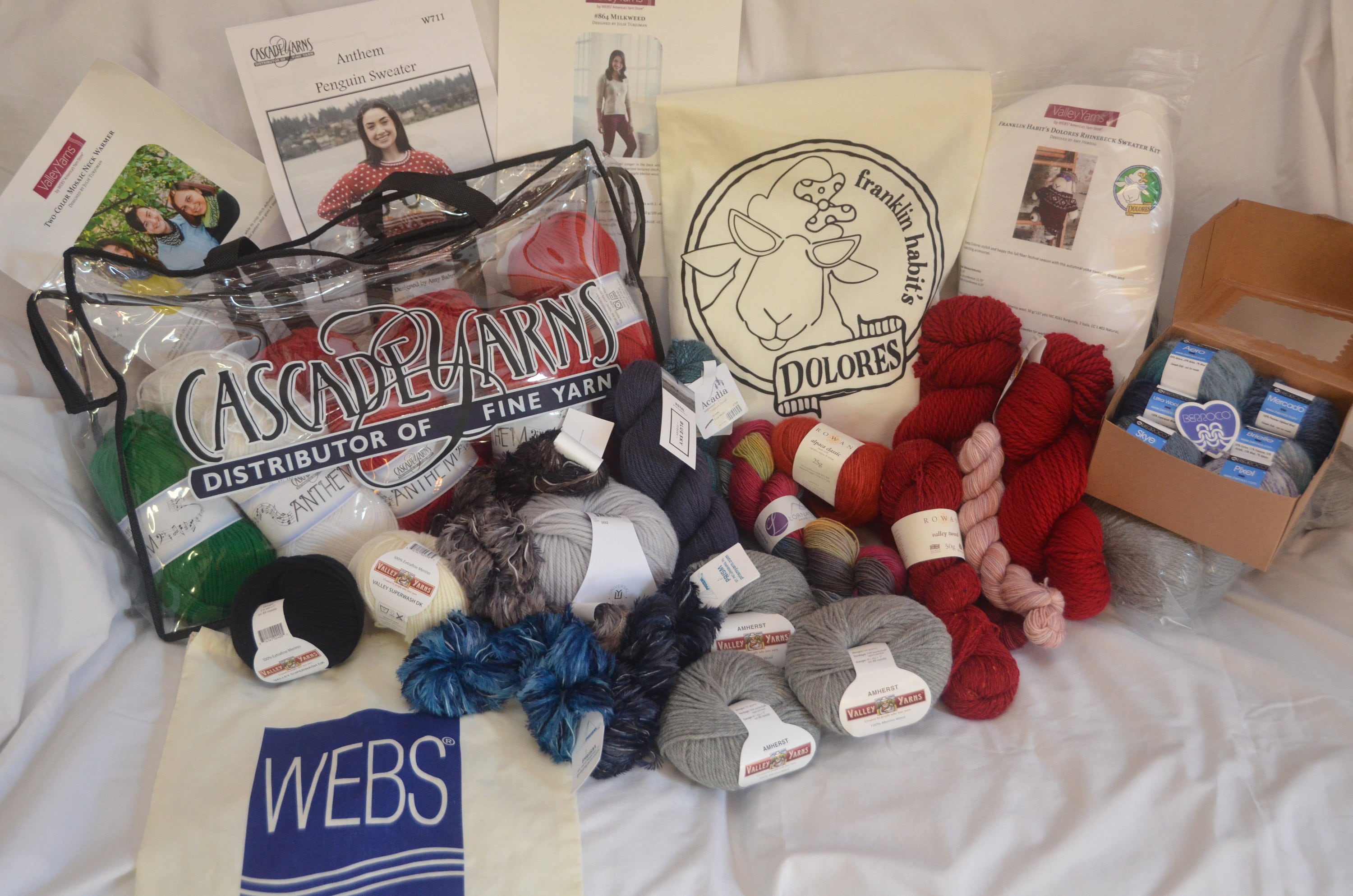 Last month, I attended the third annual WEBS Knitting Retreat…3+ days of knitting classes and camaraderie. This was my second time at the retreat, and once again, it was everything I hoped it would be. The classes and instructors were just as amazing this year as last year. I got to reconnect with friends I made last year, and made new ones this year. And as a total bonus, this year I won two of the various drawings for prizes in the Cascade Yarns Late Night Knitting Lounge – Friday night I won a skein of their 128 Superwash, and Saturday night I won a kit to make a Christmas sweater.

You know, most of the time I think I’m a good knitter. Maybe even a great one. Then I go to a retreat or conference and realize that there is SO much about my craft that I just don’t know. Walking into the retreat wearing my Abayomi, I thought I was all that and a bag of chips when it comes to my knitting skills. As I left, well…let’s just say my ego was a much more manageable size.

During my finishing techniques class with the great Edie Eckman, I was struck over and over again with her commonsense proclamations about project planning. Sure, I already knew some of the things she was sharing with the class. Other things left me feeling exceedingly stupid. Over the years, I’d heard of – and dismissed out of hand – some of the techniques she shared in her three hour class, mostly because I thought the techniques I already use are more than good enough. After listening to her lecture, I was cursing myself for my own pigheadedness. I’m never going to get better exclusively doing the same things over and over.

What scared me the most during Edie’s class was her description of her time as a judge during the Minnesota State Fair, and how strict the judging is. The subtle flaws she described seeing in a piece she evaluated which otherwise would have won Best in Show left me feeling sick…because at practically the same moment, 90 miles away, my very first entries into the Topsfield Fair’s knitting competition were being delivered for judging. My confidence level sank through the floor.

I spent a good chunk of the rest of the retreat beating myself up and feeling foolish.  On the plus side, I now have several knitting education goals for 2019, both in terms of in-person classes, and teaching myself with the help of books and online tutorials. Two weeks out, the bruises to my ego have faded, and instead of feeling foolish, I feel energized. I know more than I did a few weeks ago, and I have promised myself I’m going to keep learning and practicing new techniques throughout the year…not just at retreats.

Previous Post Happy Endings
Next Post Previously, on the Knitting by Jen Blog…
0 items in your cart