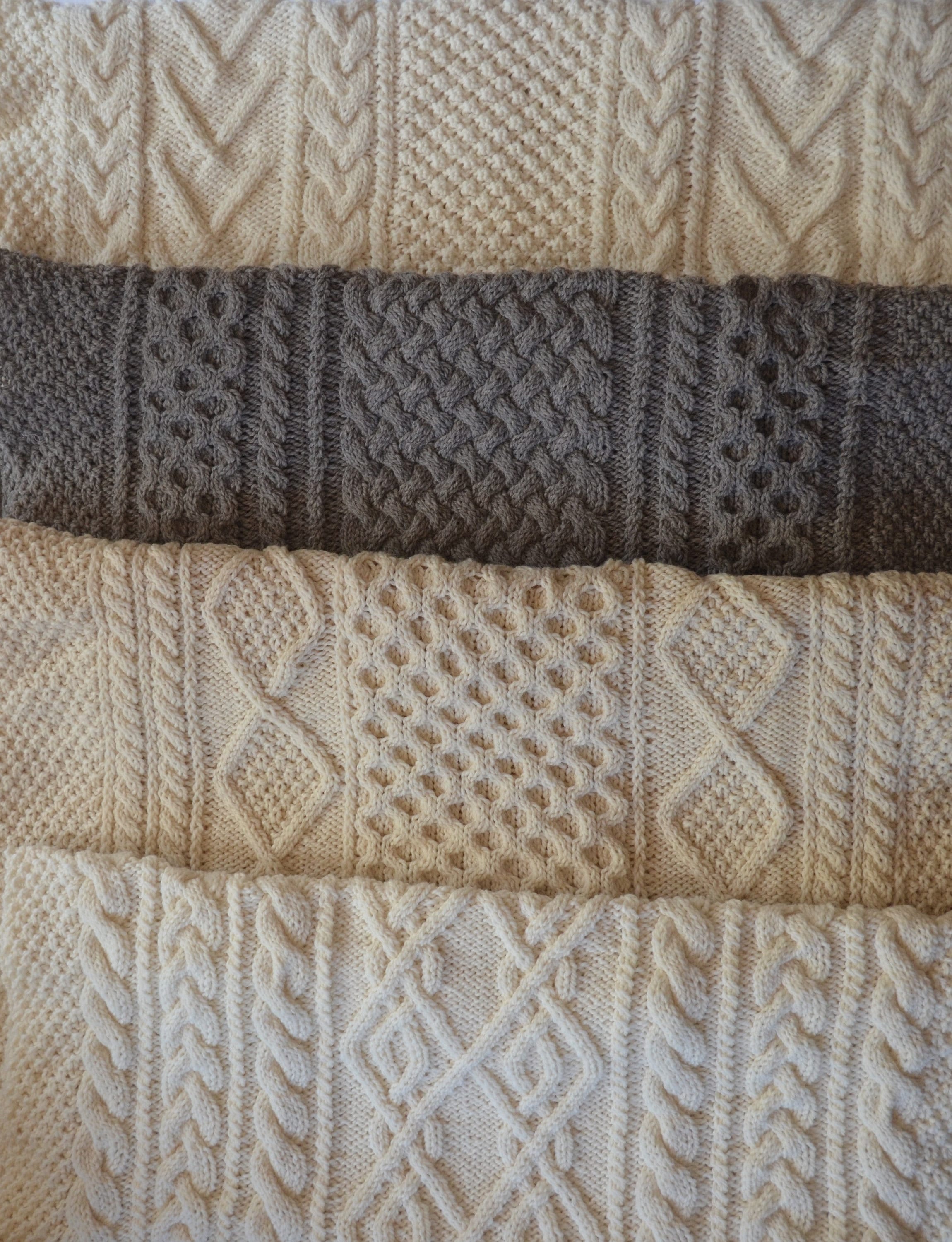 I was almost caught up. Ten days ago, I was down to my last official order. Okay, so I did have the two Irish throw blankets I donated to my son’s school charity auction to knit at some point once the auction winners claimed them…but with my outstanding paid order list down to one item, I started thinking about what to do next. Would I dedicate myself to working on my Abayomi? Would I start knitting items to stock the shop for next fall/Christmas? Would I finally start designing items to go with the various skeins of yarn I have picked up over the past year? The possibilities were endless.

Then the top auction bidder emailed to say she’d like a Sullivan throw. No problem! I had been fearful that the auction winners would wait until the first week of December – my busiest time of year – and say that they needed their blankets in time for Christmas. Breathing a huge sigh of relief that my fear turned out to be groundless, I immediately started knitting. One down, one to go.

A day or two after I started the Sullivan throw, I heard the familiar cha-ching alert from my iPad to let me know a customer had just ordered a Murphy Throw. Alrighty, then. The next day, I got a request from a past customer asking for a new blanket pattern. Ooo, I love new patterns!

The day after that, the second auction winner reached out to claim her blanket…AND ordered an additional Murphy Throw as a gift for a retiring colleague. Nice! For her auction blanket, she wants a custom design. Another new pattern! Woohoo!

Speaking of new patterns, one of the blankets in my queue is for my good friend, Becki. She wants a custom design, but is still trying to decide on the final element she wants before we finalize the pattern. I get it…it can be so tough to decide. I’m still trying to settle on the elements I want to use for the blanket I’m designing to knit up and enter into the Topsfield Fair this fall. I feel her pain. There are so many amazing options to choose from!

While I was getting my hair colored earlier this week, I was telling my stylist all about this unexpected blanket boom. His response? He ordered a custom-designed blanket for his new summer house.

Seven blankets ordered in the space of two weeks…I guess I’d better get to work!