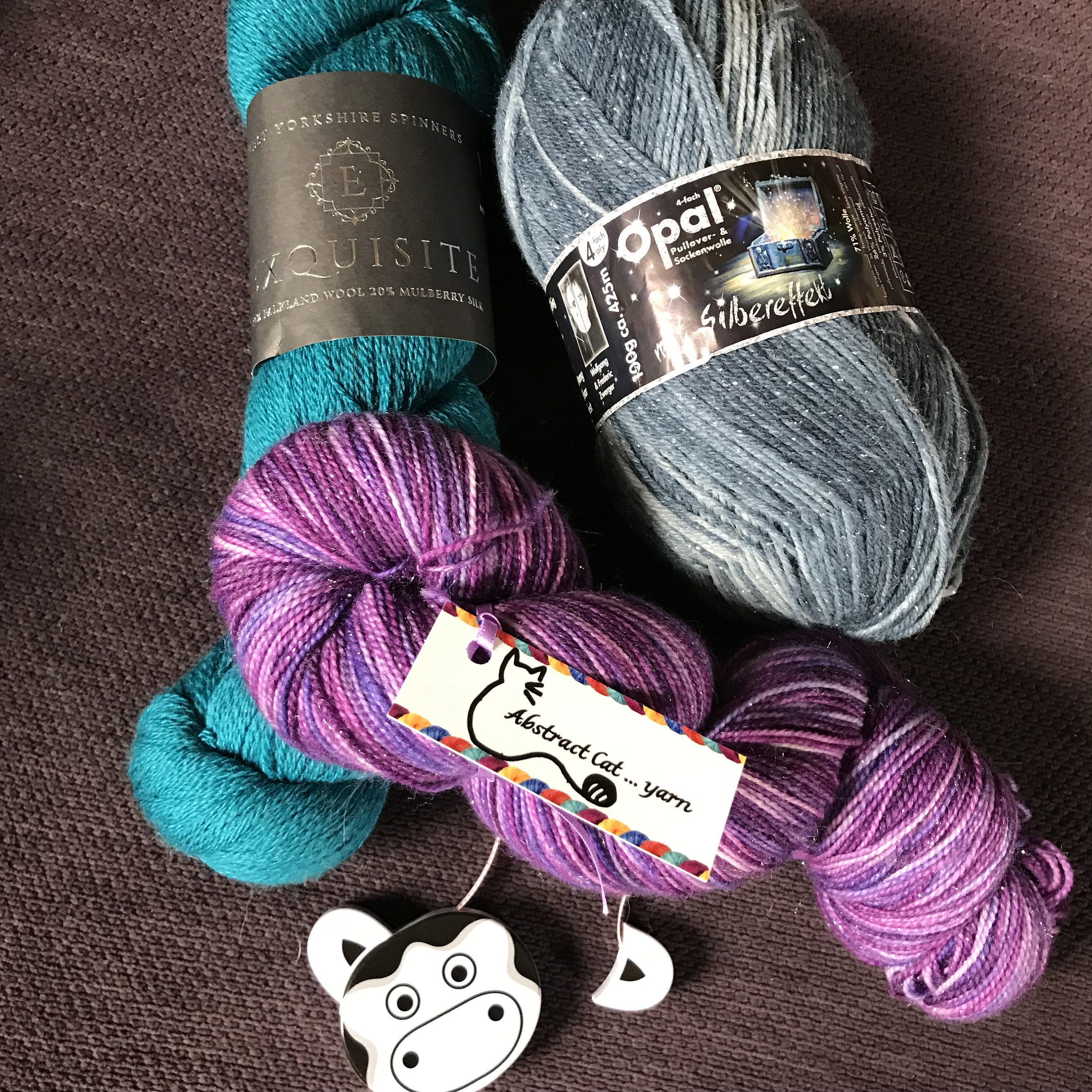 This past week, I found myself unexpectedly traveling to Scotland for my aunt’s funeral. She had been ill for awhile, but even so, her passing took me by surprise.

My sister and I headed across the pond to stay with our family and attend the funeral. Although we found ourselves there for the worst of reasons, while there we had a wonderful time catching up with our cousins who we just don’t get to see very often, due to living an ocean apart. Since we were there for several days, my cousin Chris asked if there was anything in particular I wanted to do or see while we were there. Sheepishly (pun totally not intended…but awesome nonetheless), I said I’d like to check out one or two of the local yarn stores. Much to my surprise, he immediately agreed.

Frankly, I found his instant acquiescence to bringing me around to yarn stores astonishing. My US family regularly makes fun of my yarn obsession. (That’s not to say that they don’t indulge it…my husband took me to two yarn stores during my birthday weekend in Portland, for example. And my teenaged son good-naturedly browsed around Wildfiber Studio with me in Santa Monica last summer.) But I was touched that Chris seemed not only happy to take me to whatever store I chose, he wasn’t even giving me any grief about it. He asked if I knew specifically where I wanted to go, and I replied that I had Googled for a list before I left, but I couldn’t remember off the top of my head which one I wanted to go to. So he opened his laptop, and I told him he could just Google “yarn store Glasgow” and see what came up -- he could pick whichever one was the easiest drive.

After Google spit out a list, Chris looked over the laptop screen at me and said, “You want to go to a WOOL SHOP?” Ahhhh. There was the confused condescension I had been expecting. He had no idea what I meant by yarn. I had forgotten that in the UK all yarns are just called wool, or knitting wool. Thereafter, we engaged in good-natured banter about my obsession. He kept saying “yarrrrrrn store,” trying – and failing miserably, may I add – to say the words with an American accent. Instead, he sounded like a cartoon pirate every time he uttered the words, which made me laugh Every. Single. Time. (I wonder if in her repertoire of stuffed animal knitting patterns Susan B. Anderson has a parrot pattern? I could make him a yarrrrn parrot as his little pirate wannabe sidekick…)

In the end, both of my Scottish cousins indulged their crazy American relative with trips to wool shops. I bought souvenir yarn at each – as if that doesn’t go without saying. The shops were TINY, each having a very limited selection available. My favorite was The Yarn Cake – their selection was more diverse, and they sell pastries as well. How cute is that? At that shop I scored two British yarns – a Falkland/silk blend, and a locally hand dyed superwash merino/nylon blend. And as a bonus, I found the cutest little zebra head tape measure to add to my collection.

My plan is to take the Falkland/silk blend and design a shawl using it. I’ll call it the Lady Jane, after my aunt.